So after a slight delay, I finally began my cross-country adventure with the first stop visiting my family and friends in Utah. For the first part of the journey, I took my trusty ’97 Toyota Camry which was covered in bird poop from being parked outside under a tree frequented by egrets and crows. Those are darn messy birds. So when I arrived at my parents house, I was definitely made fun of for my disgusting car. But back to the journey… 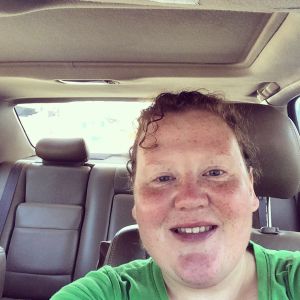 From Oakland to Ogden, Utah, the drive is straight across on I80 until I15 in Salt Lake City, so it’s a really simple drive. The best part is leaving Sacramento add watching the elevation signs while climbing the Sierras towards Tahoe. I have to admit that when I crossed Donner’s Pass and started the decent into the Nevada desert, I threw my arms up in the air and went weeeeee! Yes, total dork.

The journey across the Sierra’s is all green and lush with trees even though California is a drought. But as soon as you head out of Reno, it is the Nevada desert. Mountains can be see off in the distance, and the sky is clear so you can see for miles. Yet, it is the sage brush that you become most intimately familiar with as it stretches across the plains for as far as you can see. 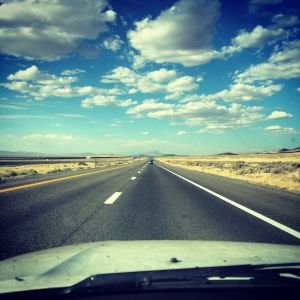 Nevada, which should have the fastest speed limit in the United States puts the limit on at 75 mph. So I would cruise at 85 mph most of the time slowing down at signs indicating 1 mile to the next overpass exit. I found a big black truck that cruised in the same style. We traveled together from Winnemucca all the way Wells. I let him lead the way, but when he finally exited I waved so he know he was a great travel companion across the desert.

Finally, night fell and the lines grew longer as my eyes tired. I pulled into to the Wendover KOA for a few hours of sleep. For those of you not familiar with Wendover, it is the first town in Nevada once you cross the Utah border. This is the gambling destination for people from the Wasatch Front in Utah. So if you’ve been told Utahns or specifically Mormon Utahns don’t gamble, just go to Wendover. It’s a tiny town completely filled with casinos, cheap beer, and $8.99 steak. (I wouldn’t dare try to eat that)

So I slept in the passenger seat of my car in a campground that had power and no trees, set in between casinos, a trailer park, the train tracks, and a basketball court. As for sleeping in my car, my being a little person is definitely advantageous! I was able to curl up and put my feet on the center console. It was a lot more comfortable than any airplane seat I’ve slept in.

As the sun started to rise, I woke up and set out on my journey again. However, a visit to Wendover is not complete without a stop at Wendover Will. When I was younger, Will lived at the Stateline Casino and marked the transition from Utah to Nevada. Will pointed out exactly the moment a good Utahn entered into sin. But the Stateline is now long gone, and Will has been moved to the other side of town, which makes absolutely no sense.

From Wendover to Salt Lake City, I drove east directly into the rising sun. It made for not the best viewing of the salt flats where so many car commercials are filmed and rocket cars are raced. Finally I reach the Great Salt Lake, and I’m very grateful there is no lake stink today. I know I’m finally get close to home as I80 makes a giant turn to the left around the south end of the Great Salt Lake.

I speed past Salt Lake City, and head north on I15 until I pull into my parents driveway in Ogden. Normally, my mom’s dog Buddy, would greet me as I walk in the door, but the poor guy is so old now he didn’t even lift his head. It was still early enough that my mom was still asleep, but my dad was already out working on his shed.

So for the next little bit, I’m going to enjoy my hometown before I continue on my journey. I have several friends that still live here, and I love that I get to spend some time with them as part of this journey!