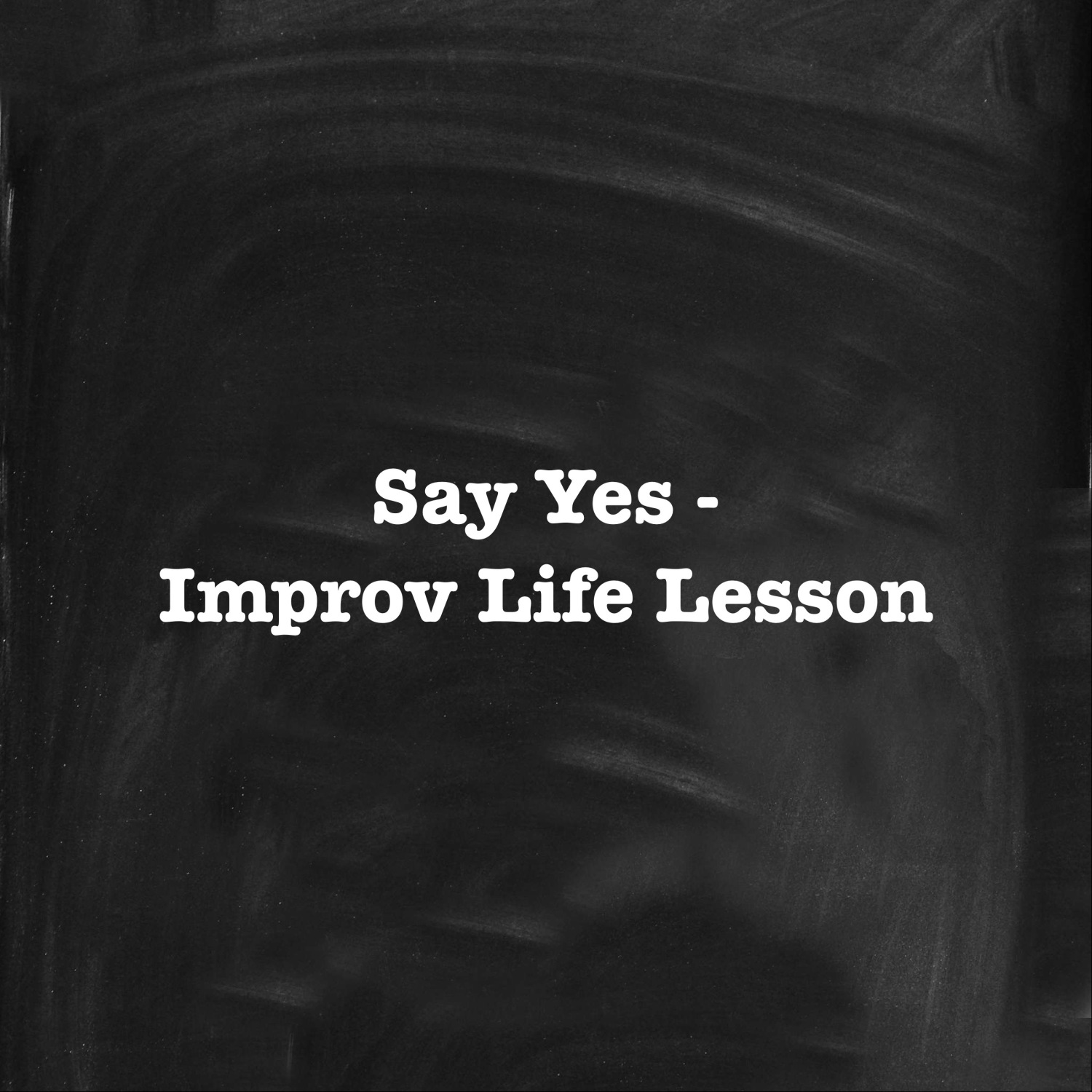 Say Yes seems to be improv’s #1 rule. The Say Yes rule means to say yes to the scene and the gifts that your fellow improvisers give you when improving. It means that you agree to the world that you are creating together on stage. So, if I’m in a scene with Bill, Bill says, “Julie, my beautiful wife.” I’ll respond, “Oh John, you know flattery will no longer get you anywhere with me after these many years together.” I’ve said yes to suggestion from Bill that I’m his wife in the scene. However, this rule has a powerful effect in real life as well!

The obvious impact of Say Yes is just to say yes to life and live it as fully as possible. Commit to what makes your soul feel alive. Chase your dreams. Say yes to the opportunities and chances that come your way. I fully agree with this application of the Say Yes rule.

But there is another powerful benefit to Say Yes, which works the opposite than it does in the improve example above. So, Say Yes in improv is agreeing to the scene being created. I agree to the relationships being created. I say yes to what the other players say about the character I’m creating. This is how the scene blossoms and develops. But in real life, Saying Yes during an argument or if people are gossiping about you, it will end it.

Regardless of if you agree with what someone is saying with you in an argument or when they talk about you, say yes. Say yes to exactly what they are saying. Agree with it. There will be nowhere left for the argument to go. Typically, in an argument, the other person will be looking for me to get defensive and fight back. To say no to what they are saying. Most likely, they already have the argument prepped and loaded for when you say no and disagree. So, when you say yes, it defuses their argument. It’s unexpected. Plus, how can someone continue to argue with you when you’ve agreed with what they’ve said.

Now this is a lot harder than it sounds, because what they are saying about you probably isn’t true or is just being said to hurt. There is pride and a natural want to defend myself. But honestly, it doesn’t matter if they are right or wrong. They are saying what they believe to be true and arguing won’t change their mind.

In my life, I’ve found that when I do argue, I get more entrenched in what I believe and so does the other person. There is no openness to the other side. I’m not going to change their mind and the argument or gossip is just going to continue. It gives what the other person says power over me. It’s also hard because it means I not to care what others think, and to have enough faith in my own self that I cannot let what others say get to me. So, I say yes and agree to what they say, since I don’t believe that arguing with accomplish anything.

But a trick to help make this a little easier for me to do, I know that people’s thoughts and opinions even if they are about me, are more about themselves than me anyway. I also have a goal to interact with people as open as I possibly can, and that motivates me to avoid arguments. And honestly, I’m terrible at arguments. I get way too emotional and tend to lose my ability to communicate well. So, I would rather defuse arguments than be in them. So, Say Yes is a tool I use to stop arguments.

I have also used Say Yes to stop someone from making fun of me. When I was younger, I would get so frustrated when people would tease and make fun of me. It would encourage them to do it more. Like I said, when I get upset or frustrated, I lose my ability to speak well and I also turn bright red. It’s quite the scene. So, people would try to get reactions out of me, because I would react so badly. But finally, I learned if I don’t get defensive and just agree and say yes, it takes their power away. They no longer get the desired reaction out of me.

Now, don’t get me wrong. I’m not going to take shit. I believe in boundaries and work towards setting healthy ones. But Say Yes, helps me set boundaries with toxic people. It gives me a chance to get away from those who would argue or talk badly about me. And once I’m away, I have full power to cut that drama out of my life. I no longer have to interact. Or if the person is worth keeping in my life, I can then try to approach that person in way that is more of a discussion and conversation than an argument. It allows me to de-escalate situations so I don’t say something I might regret later with people I care about. So, I’m a big believer in Say Yes!