We’ve been out on the journey for over a week and have definitely explored a lot of the West. However, we have one more stop be for we head out into the Great Plains, the Black Hill Mountains of South Dakota. We take I90 straight into South Dakota and exit in Sturgis. The motorcycles are long gone, so all that is left are empty beer halls that are definitely geared towards men who want to see scantily-clad women. Not my scene. However, Sturgis does have a great coffee roaster entering town. They had a few medium-bodied and dark-roast blends to choose from. 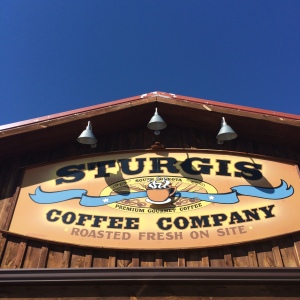 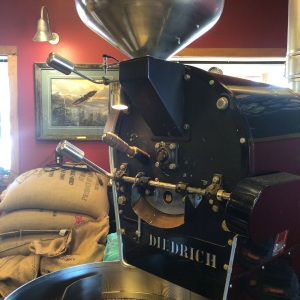 Then it was off to Deadwood, where William Hickok was killed and Calamity Jane liked to hang out. The town has gone back to its roots and it all about a gambling. Neither my dad or I like to gamble, so we just walked up and down the blocks of the old town looking at the old buildings. I’m sure it will upset my mom that we did not put even a $20.00 into a machine. We grabbed an late lunch at the Deadwood Social Club. The food was just alright, but my Dad told a story from his past that was very fitting for our location. 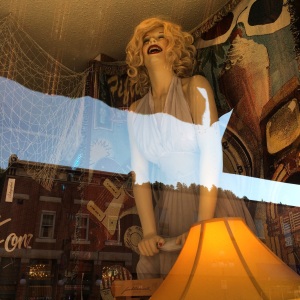 As we are eating, my dad states, “I shot my Spackman [an old boss] with a muzzleloader. I just walked in with my muzzleloader loaded with only a blackpowder wad and no bullet, and shot it right at his heart. He just sat there feeling his chest to see if he had a hole in his heart.”

I’ve heard a lot of my dad’s stories, but this was a new one for me. I just sat there sort of stunned and asked, “Really? Glad you kept your job. That would definitely fall under workplace harassment today.” He laughed and said he doesn’t even remember if he told my mom. I guess it was a different world 40 years ago. But this story was too good for me to keep for myself and I had to text it to my brother. I didn’t get much comment from him. But for all the shit my dad gave my brother for his behavior, Mike never had anything on Dad.

After digesting that story, we headed further into the Black Hills. I was getting late in the day. We had been trying to get to the Wind Caves, but they had already closed for the day. Instead, we headed over to Mount Rushmore to see the lighting ceremony. I have mixed feeling about Mount Rushmore. I’m completely in awe of the craftsmanship and effort it took to create. It is definitely a magnificent piece of art. But I’m also deeply bothered by the destruction of the mountain face it took to make it. Also, being at national memorials and other patriot sites, stirs my political turmoil about my feelings for the United States. I’m so grateful I’m from this country, but I’m not at all a nationalist. I have traveled the world to see the greatness of many other places to believe that it is not possible to set up countries on a rating system. And I have a very hard time visiting patriotic places without having the sins of our nation cross my mind, especially after driving through the Blackfeet and Crow Reservations. (I just learned more about Mount Rushmore and the rock it is carved into is one of the most holy sites for the Plains Indians of the area. I am now even more heartbroken by the memorial.)

However, Mount Rushmore is still a very beautiful monument and the lighting ceremony is the best time to visit. Well, the lighting of the monument is my favorite. The ceremony is a bit drawn out and not very exciting. But it was cool to walk through the museum and learn the history. Plus, there was an awesome Park Ranger, Daniel, who gave me a lot of recommendations on what to see and history of the area. 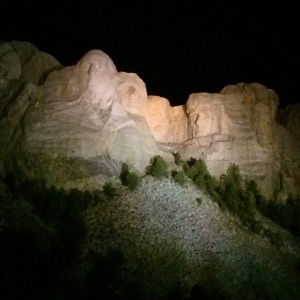 It was getting late, so we headed down to camp at Wind Cave National Park so we could tour the caves in the morning before continuing across South Dakota. When we got the the campground, the moon was up but had already changed to a waning crescent moon, so it wasn’t as bright as the other nights. We were on the prairies below the Black Hill Mountains, so I could see starts from horizon to horizon. I don’t think I’ve ever seen the stars until I saw them that night. I had to just stare up for a good long time. We could see cloudiness of the Milky Way, which I had only seen in photos before. Those stars will haunt my dreams for a long time. Later, as we were sleeping, I heard a very weird noise. It sounded like a higher pitched call across the prairie. I’m not sure if it was Elk bugging or Wolves howling, but it was a super cool sound. 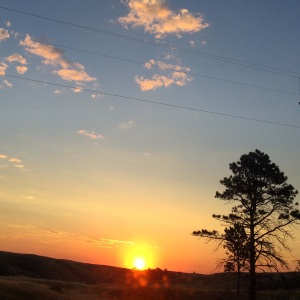 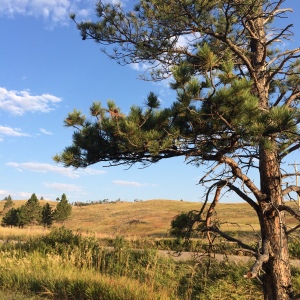 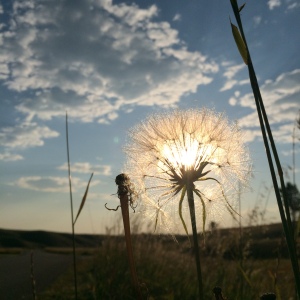 The next morning, we started out early to get on the first tour of the Wind Cave. Our guide was Ranger Tyler and our group included a class of 34 8th graders from Wisconsin. They were a very well behaved group of kids and asked a lot of great questions on the tour. I would have loved to been able to go to a national park for a field trip when I was in school. 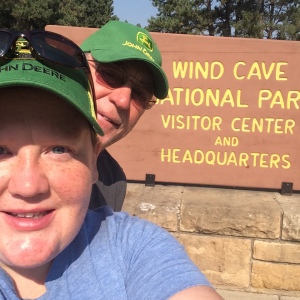 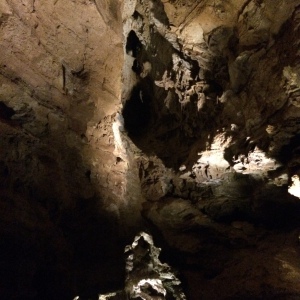 The Wind Cave is the most complex cave in the world and the 6th longest cave with over 125 miles of cave explored. However, the entire cave is contained in only 1 square mile. The cave only has on natural opening that would be large enough for a human to enter through and 7 other holes about the size of a fist. These holes are still large enough to allow the air to be the same make up of nitrogen and oxygen as above.

This Cave is not like normal caves with stalagmites and stalactites, since it was formed by different processes. It is formed of limestone like other caves but formed into decorations called boxwork, lace, and popcorn. 90% of the worlds boxwork formations are found in Wind Cave. We traveled down 300 stairs and 220 feet under the ground and explored several rooms of the Cave. However, there are miles and miles of cave still needing to be explored. I know it might be crazy to think that several hundred feet under ground with enough rock to make up a skyscraper standing above me, that I loved being in the cave. I would absolutely love the chance to explore the cave more and go surveying. I think I might have found a new love! 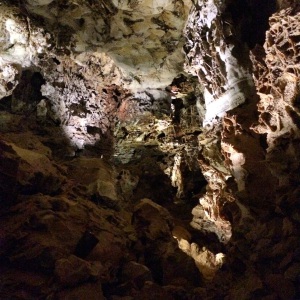 When we came to the Black Hills 25 years ago, we drove right past the Wind Cave National Park. I think my dad now regrets that decision, especially since I told him he justified why he doesn’t get to pick the stops on this road trip.

After the Wind Caves, we head back through the Black Hills to get up to I90 so we can head east towards Walls, South Dakota and Badlands National Park. Walls has turned into an even larger and crazier tourist trap compared to 25 years ago. Free water is still available and plenty of cheap junk is ready to buy. The place was big enough that I lost my dad and could not find him for an hour after circling around and around. Other people were really amazed by Wall Drug, but I found it overwhelming after seeing all the incredible nature we had been seeing.

To get back to nature, we then headed to the Badlands National Park. The formations in the badlands look like the earth has been ripped right out of the prairies. For most of the drive through the park, the road travels across the top of the Badland formations, but a few points do drop down to the bottom. Many of formations had layers of pink running across them. We entered the park as the sun was setting, so most of the formations were backlit. I can only imagine what it would be like to drive through the park at sunrise. This was another park that my Dad did not drive us through 25 years ago, so reason number 2 for him not getting to pick stops along the journey.

As we headed east from Badlands National Park, we definitely headed into the Great Plains of the US. Nothing but fields and grassland for miles. We made it to Mitchell, South Dakota to rest for the night. Mitchell is the home to the Corn Palace, which was not at all what I expected. The corn murals on the outside were being updated and the building was under construction. But the finished murals were very cool and to see the plans for how they lay out the murals was interesting. Yet, I did not expect it to be a gymnasium when I stepped inside. 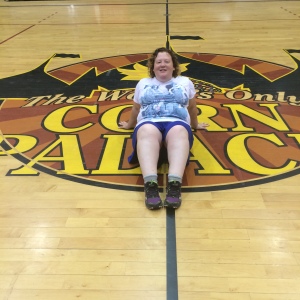 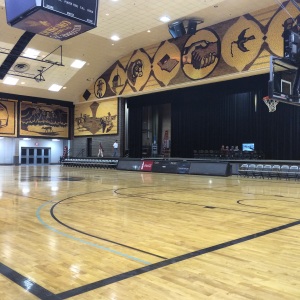 The other crazy thing about the Corn Palace is that many of the locals refer to it as the big bird feeder, but we did not see a single bird around. We asked if they ever had bird problems, and the answer was not at all. I wonder if this has to do with the GMO corn they use to create 16 different colors of corn for the murals. The birds have decided it’s not so tasty.

After stopping for coffee and making friends with a Bull, we finished our drive through South Dakota and headed into Minnesota. 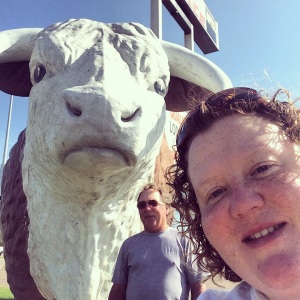